Such a great story behind the "discovery" of another lost species of trees. Much like that of Metasequoia, the Wollemia pine was though to be extinct until 1994 when a park ranger west of Sydney Australia found a grove of what he thought looked like an Aruacaria. The plant was identified as a new species and named in honor of the park ranger.

The Wollemia pine grows to 130' in its native habitat but who knows how well or how tall they will grow in cultivation. Trees are reported to be fast growing, and sprout from the base making a grove somewhat like Sequoias. The branching is reported to be pretty unique as well, with lateral branching off the main stem to never develop laterals of their own.

Most likely will be a real novelty for many years, though if you want to spend some serious money on a small tree, you can find them. My guess is Dig Gardens would be a place to look. San Marcos Growers has sold them since 2008.

I have only seen two specimens, one at Cal Poly SLO and the other right here in Live Oak. Both seen below. 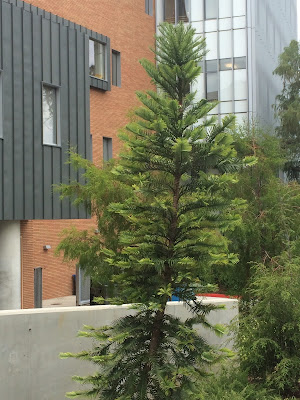 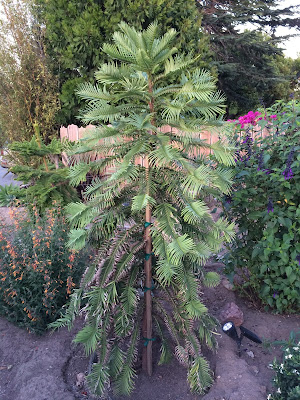 Leaves are evergreen, 2-5" long, narrow needle-like, sharp tipped, light bluish green in the spring or on new growth and turning more yellow green as they mature. Lower surface of the leaves are almost silver. 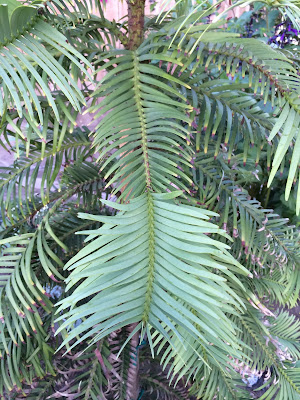 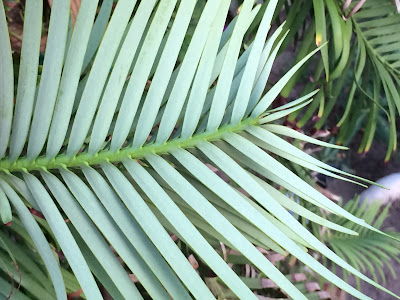 The leaves are arranged in a typical spiral fashion but all the needle curve from the stem and form two flattened ranks. Quite unusual to see four rows of leaves, two of them up like wings. Worth having just for that. 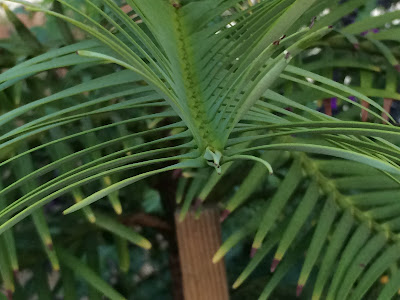 Younger stems are green with distinct leaf base scars. 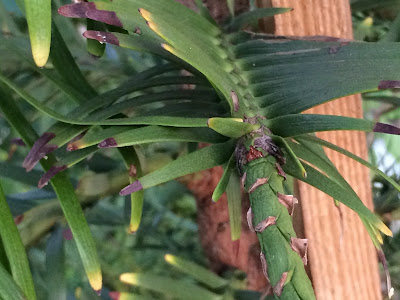 Cones are produced at the ends of the unbranched laterals. Male and female on the same plant. 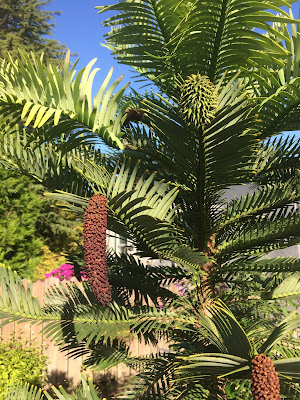 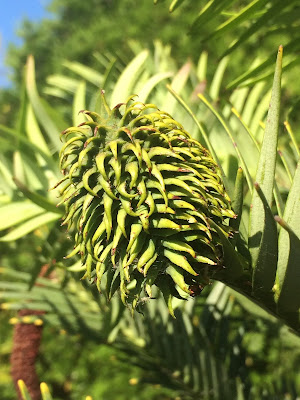 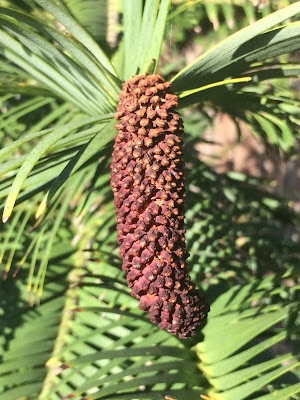 Misidentification:
The leaves themselves are somewhat similar to Abies bracteata but nothing else is.

Why you need to read this blog

Peter Shaw
Aptos, CA
I have been looking up at trees all my life. I have been teaching horticulture for almost 25 years and I am still learning about trees. I hope you will recommend some of your favorites to share with others.